About Us How we do it

Community awareness is a club priority – we identify and respond to needs as they arise.

For example, recently one of our members became aware of the work of Habitat For Humanity, which evolved into a collaborative project between Habitat for Humanity, Devonport Rotary and Takapuna Grammar School and resulted in the building of a five bedroomed, relocatable home being built on the grounds of Takapuna Grammar for a needy family of seven. Club members not only raised money through generous sponsorship of local businesses but also actively engaged in hands-on building work and a fund-raising charity auction. 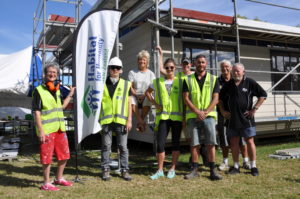 By having a diverse and involved membership we have all the capabilities we need to organize events both big and small, such as the now sadly missed Devonport Food and Wine Festival and the Devonport Fine Homes Tour, which have raised substantial amounts of money which has been distributed both locally, nationally and globally. With some of these funds Devonport Rotary club members have been proud to host an annual Christmas party for our respected elderly residents from our community. 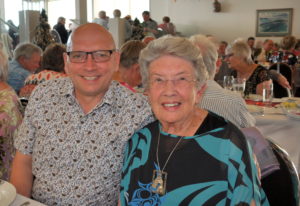 I moved with my husband about 7 years ago to make New Zealand our new home. Meeting new people and becoming involved with the community was a priority. For a couple of years I belonged to the Auckland City Rotary…

My father was a Rotarian back in the days when it was a men’s only club and one had to wait to be invited to join. How things have progressed since then and when I discovered I could go on…